Yesterday I took a day trip along with 11 others to the city of Toledo, which is about one hour south of Madrid. I added some other photos from the trip to my photos page last night, but I thought I should punctuate the trip with a bit of an explanation. The trip was born both from the desire to see the beautiful old city and so I don’t have to say I lived in Madrid for nine months and was never down to Toledo.

So with Nenad and Pablo, along with several other friends from residence: Krishna, Bjarni and Zak; we headed to the bus station in Madrid to catch the bus to Toledo. There we met up with Nenad’s girlfriend Joy and five other Dominicans. Through bad luck and perhaps bad timing we ended up on the “milk run” to Toledo which has us arrive 40 minutes after we planned. However, it was all part of the day’s adventure.

Once in Toledo we walked from the bus station to the gates of the old city and headed inside. The architecture and general feel of the area is very “Spanish”, with many grand building dating from the 13th century and others even older than that. The city was the home of El Greco, a Greek born artist who painted many alter pieces for churches and cathedrals in his time. His work was subject to controversy at the time, but has been recognized as quite visionary in more recent years. You can get a feel for the city with my photos I hope. Generally speaking we just wandered around taking photos and being tourists, despite the fact that we all live less than 100 km away.

It was a great experience, and the day could not of been better weather-wise. It was sunny and the sky was blue and cloudless, yet it wasn’t scorching hot, hovering around 20-25°C most of the day in my guess. I brought my light coat, but it spent the day tied around the strap on my camera bag. My only regret is neglecting to bring my bandana, as constant exposure to the sun caused my head to “pink-up” a fair bit. Our bus home was direct, yet considerably more crowded and we were all tired. A day in the sun isn’t something which any of us are used to, at least not at the moment. 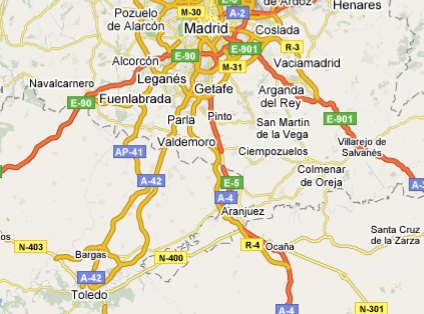